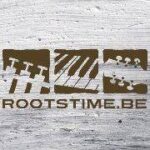 Donna has performed frequently at Buddy Guy's Legends in Chicago over the past 10 years, opening for Buddy Guy several times. She has performed at several major festivals including the Chicago Blues Festival, King Biscuit Blues Festival and the Juke Joint Fest and has also headlined the Durban International Blues Festival in South Africa.
Donna teaches guitar at the Old Town School of Folk Music in Chicago, where she teaches fingerstyle and slide guitar. She has taught at Blues & Swing Week at Davis & Elkins College (WV) Augusta Heritage Center and Great Guitar Camp (NC). She has also taught numerous blues in the Schools and blues education programs. She plays solo, in a duo with her husband Tony Nardiello and in a trio / band.

Last year, Donna Herula and her partner in crime Tony Nardiello, in North Carolina, embarked on a musical journey to record her third album "Bang at the Door". For this they worked together with producer Jon Shain and bassist FJ Ventre. Herula was surrounded by excellent musicians, including Doug Hammer on piano, Dana Thalheimer on drums, trumpet player Tony Pons, Bill Newton on harmonica and special guests.

With the title track "Bang at the Door" the door is almost literally kicked in. In this lively rumba, Donna tells us about a late meeting with a drunken ex-lover. Donna wrote "Pass the Biscuits" for her late mentor Sonny Payne. The second sentence of the song testifies to the impact that the legendary DJ and presenter of the King Biscuit Time radio show had on her and a little more about the evolution of blues music in America: “The first day we met, became a life-long fan… / I was one of his seeds that he spread in Chicago, Memphis, NO,… ”. With Tony she does a vocal duet on the old skool Chicago song "Can't Wait to See My Baby". On the acoustic folk ballad "Promise Me" she denounces the plight of a lover who ends up in prison. The jazz / lounge atmosphere of "Not Lookin 'Back" is drenched in film noir drama and on the swinging "I Got No Way Home" Herula duets with Bill Newton's harmonica.

Then she shines solo on the instrumental "Black Ice". With "Fixing to Die" she pays tribute to Bukka White, the inventor of bottleneck guitar, in an authentic Delta blues song, which he recorded in Chicago in 1940. Donna again demonstrates her great talents as a resonator guitarist with sombre images. Nardiello rejoins her for the acoustic duet "Jackson", a tribute to one of her other heroes, Lucinda Williams. The comedy song “Movin 'Back Home” is beautiful ragtime blues from the 1920s, on a tale of frustration when you return to live with your parents as an adult. The following three originals are linked in a blues trilogy that delves deeper into domestic issues, with Donna interpreting the songs from a woman's point of view. Harris's sublime violin accents give the Ozark stump “Got What I Deserve” a western flavor. Donna then hangs her Collings acoustic guitar on “Who's Been Cooking in My Kitchen” and continues with the emotional “Something's Wrong with My Baby,” which accentuates her vocals on the stiff tone of a 1935 National Steel Tricone. the album is an uplifting rendition of Blind Willie Johnson's blues standard “Soul of a Man”.